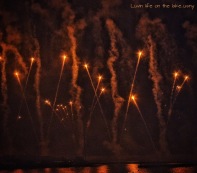 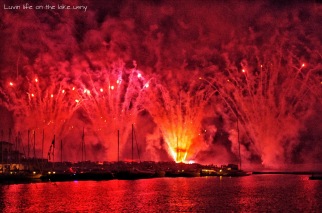 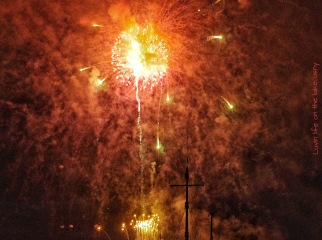 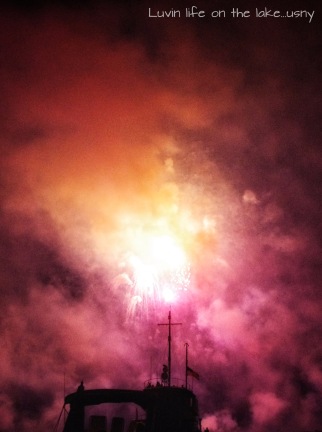 For 23 out of 25 years (we have only missed 2), my view has been from the waterline.  How else do you participate in a harbor event, if not by boat.  Floating to the harbor in Oswego, NY has been a yearly tradition for us and now at the 25th anniversary of the festival, I am reminded  how much some things change and yet somethings stay the same.

For those who venture down the canals and launch from various points along the eastern shores of Lake Ontario, this mid summer festifus never disappoints.   Fireworks, the climax of the celebration, put on by the famous Grucci Brothers…has never missed a beat.

Weather has never delayed or cancelled the most marvelous spectacular in the sky I have ever seen year after year.  Although a few years storms have blown in immediately upon their conclusion that has actually sunk ships (at least one), and has made for interesting departures by those that have to leave by land or by sea.  Docked, we have only had to batten down the hatches as a blow has commenced as if there is an objection from the clouds to the color, smoke and noise. 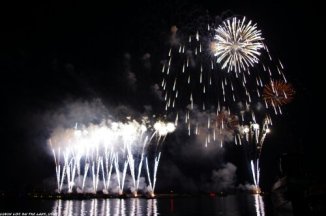 I will include some of my best of the fest over the years…so enjoy the view and share the tradition of Oswego Harborfest and luvin life on the lake…usny.  More to come…but I’ll start with the climax…